Yes, this title is a bit ridiculous and yes, it’s quite niche but this is who I am as a person and you co-signed onto this when you clicked on this post. So, instead of dwelling the absolute absurdity of my branding, let’s just begin.

Before this year, Orville Peck was a name I was vaguely familiar with; but that was mainly due to the niche tumblr blogs that I would stumble across that would mainly reblog a gif set of 1990s Damon Albarn, a picture of young Bob Dylan, and the occasional 3 a.m. shitpost.

Now, if you know anything about me, or my tumblr (no don’t ask, we’re not talking about it), you’ll know that I’m a huge sucker for the *aesthetic*; so when I came across a rockabilly cowboy who wears a fringe mask and rhinestone studded shirts that reads his name??? Consider me obsessed. 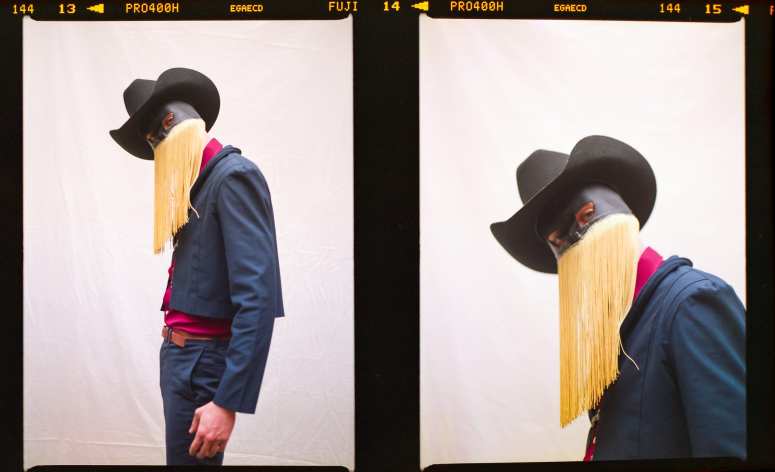 It’s 2009, I’m new to Facebook and I’ve liked at least 600 pages; one of which being, “I listen to all music except country.” Now, if you know anything about me, you’ll know that I was a bit of a music snob when I was in high school and decided that if didn’t make me feel like I was living in a mid 2000s coming of age film, I did not want it. Yes, I’m a hipster, yes I was annoying, yes I learned from the error of my ways, and yes, we exist.

2020 has been, a year, but one good thing that’s come out of having no choice but to work from home is that I’ve been able to listen to a lot more music. This year I decided to make a point to actively listen to more music instead of listening to the same Gorillaz song on repeat. Makes the Spotify Unwrapped at the end of the year a lot more fun.

As stated earlier, I was familiar with the name, Orville Peck; and after skimming through the This Is Patsy Cline playlist on Spotify during my History of Rock n Roll class, I thought you know what? Maybe I could learn to like country. Let me tell you, the only thing I like more than music is being right and guess who got the best of BOTH worlds when she stumbled Orville Peck.

So I’ve grown as a person from who I was last year and have decided that maybe, just maybe, I should listen an album in chronologic order and not hit shuffle and throw caution to the wind. I listened to Dead of Night and from moment I heard the first strum of the guitar followed by Peck’s voice; I just knew. This is, in fact it.

Someone once described the video as, ” It’s like Quentin Tarantino kissed Roy Orbison with a mouthful of whiskey.” and I truly have not known peace since.

Now, I’m a visual person. I’m a visual learner, I’m a huge fan of books turned movies and I like to envision a place where a certain sound may take me. When I first listened to his self produced album, Pony, all the way through; well, I was stunned by how much I liked a country album. The second time however, specifically listening to, ‘Roses are Falling,’ I was moved. More specifically, moved to a place where I was at a 1950s county fair where one hand is holding a pretzel and the other is holding the hand of the boy I love. I don’t know if his hands are damp because he’s nervous or because of all the grease in his hair. (Yes, I moonlight as an Outsiders fan account in my free time.)

Anyways, you’re not here to read someone yearn about their lost days that they never experienced and I don’t want to end up on r/lewronggeneration.

Peck does an amazing job of creating music that tells a story that’s from a point of view that’s not always on the front line. With Orville Peck’s debut album, Pony, you’re brought along a story of heartbreak, revenge, and the love that a man feels for another man. So in summary, yes; if you see me streaming Pony at 1 a.m. I am going through something but I WILL be okay.

Orville Peck, to me, was a gem of a find and I’m so glad that I ventured out of my ‘comfort zone’ of 2013 soft grunge tumblr music and listened to something that’s not always on my radar. I’m about 98% sure he’s going to be a part of my Spotify Unwrapped, and probably the only person I’ll show. (I listened to a lot of Doja Cat this year and I think the jury is still out?) While finding Orville Peck, in turned, showed me a new artist to follow, it also made me realize that there’s so much music that I’ve just begin to find and who knows, I just might like it.

So, don’t be surprised if you find me at your next rockabilly show (who knows when that might be) wearing a cowboy hat, bootcut jeans and a mask I made of a red bandana and strips of paper made to look like fringes. You know, for the aesthetic.